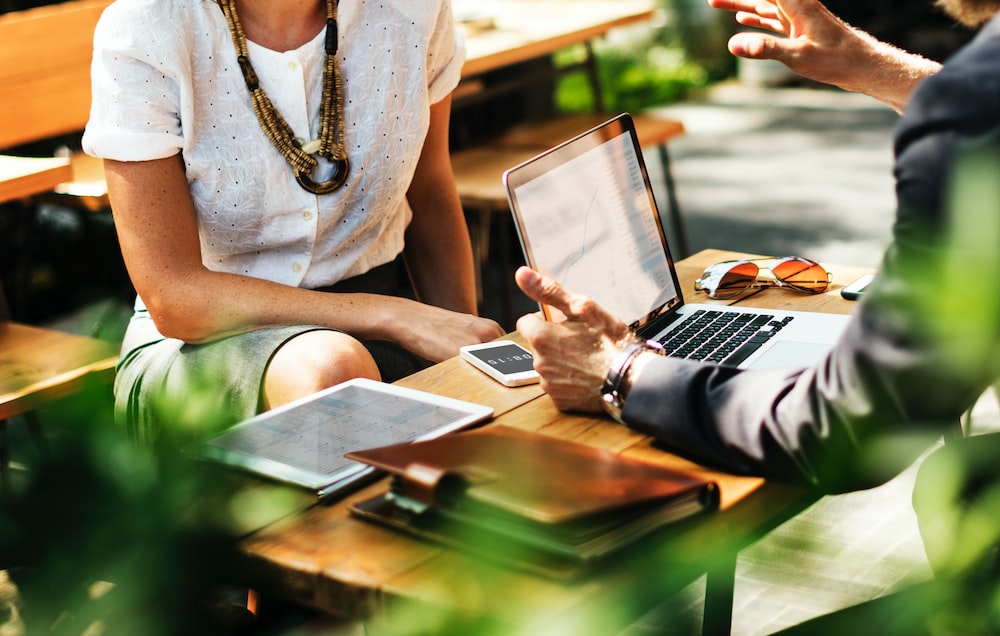 “It's a common practice for couples and business partners to take title to each other's bank accounts, brokerage accounts, real estate and/or personal property as joint tenants with rights of survivorship (JTWROS).”

JTWROS, or Joint Tenants with Rights of Survivorship, is a form of asset ownership, whereby an asset is owned by at least two people, all owners have an equal right to the account's assets and are afforded survivorship rights, if one account holder dies. In other words, if one partner or spouse dies, the other receives all the money or property. This is why many married couples and business partners go with this option.  However, there are some things you should think about before entering joint tenancy.

Investopedia’s recent article, “The Benefits And Pitfalls Of Joint Tenancy,” examines the advantages and disadvantages of this arrangement.

Avoiding Probate. When an individual dies his or her will is reviewed by a probate court. The court decides if the will is valid and legally binding and determines what liabilities and assets the deceased may have left. Any remaining assets after all debts are settled, are then distributed to heirs. If the individual dies without a will, the laws of intestacy apply. The probate process can take weeks, months, or even years, to sort through the deceased's estate. It will take even longer for beneficiaries to receive their inheritance.  However, with JTWROS, ownership automatically transfers to the other spouse or business partner upon the death of the first partner. There’s no probate.

Equal Responsibility. When a married couple or two business partners own an asset that is titled JTRWOS, both individuals are responsible for that asset. They both enjoy its benefits and share in the liabilities equally. It also means that neither party can incur a debt on the asset, without indebting themselves.

Continuity. When someone dies, his or her assets are often frozen, until the probate court determines whether the assets are encumbered, or until a determination is made about how to distribute them to heirs. This can be a problem for a surviving spouse who has outstanding debt or expenses.  However, by owning an asset as a joint tenant, the surviving spouse or business partner may use the property in any way he or she sees fit. The law also states that immediately upon the death of one tenant, ownership is transferred to the survivor.

Deteriorating Relations. Two people who own the entire asset together can be a disadvantage in an unstable relationship. Neither party can sell or encumber the asset, without the other party's consent.

Frozen Bank Accounts. If the deceased is heavily in debt, and the probate court is concerned that the surviving spouse or business partner may liquidate the funds to avoid paying the obligations, the court could freeze the account. An account may also be frozen, if there is a question as to whether the surviving spouse or business partner actually contributed to the account, or if the ownership was merely for convenience. In some cases, the asset may still be frozen upon the death of either partner or spouse.

Partner Asset Control. When the surviving spouse or business partner assumes control over the joint asset upon the death of the co-tenant, he or she may then sell it, or bequeath it to someone else: the deceased loses control over the ultimate disposition of the asset entirely.

Another Option. The alternative to joint tenancy is tenancy in common. Some of the benefits to this account are that the asset is divvied up, and each owner may own one half of the asset (or a percentage or fractional ownership can be created). Each party can also legally sell his or her share, without the other party's approval or consent. In addition, the asset will pass to heirs. Unlike with JTWROS, ownership of the asset will not automatically transfer to the surviving account owner upon the first owner's death. The asset will instead pass, according to provisions made in the deceased's will. The assets can also be accessed. If one owner becomes disabled or dies, the other owner should still be able to access his or her portion of the assets. Consequently, he or she can sell a portion of the asset or dispose of it, without needing to wait on a judgment from a probate court.

Reference: Investopedia (March 20, 2018) “The Benefits And Pitfalls Of Joint Tenancy” 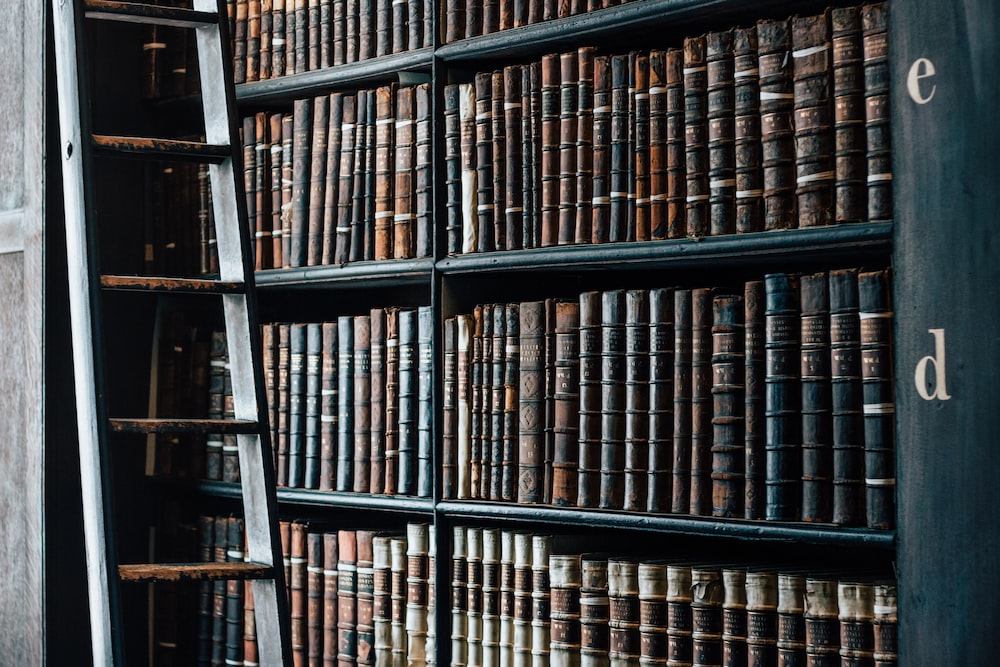 Judge John O. Craig of Forsyth Superior Court in North Carolina granted a motion to dismiss the County Clerk of Court from the lawsuit filed by an attorney representing the estate of a former nurse and businesswoman, Mary Thompson, who died in 2014.

According to the Wealth Advisor’s article, “Judge Denies $1.4M County Clerk Estate "Conspiracy",” the lawsuit alleged that Bryan Thompson, a public administrator in Forsyth County, was illegally appointed guardian of Mary’s estate. The suit claimed Thompson, along with County clerks and others, formed a criminal conspiracy designed to gain control of Mary’s estate and steal $1.4 million in assets from her.

Everyone except the Clerk of Court had been previously dismissed as defendants in the lawsuit.

Attorneys for Bryan Thompson sought sanctions against Alston and Doris Tucker, the current administrator for Mary Thompson’s estate. The judge didn’t decide on that request and took it under advisement, until either one of two things happened—Alston declined to appeal Craig’s decision after a period of 30 days or Alston files an appeal and the N.C. Court of Appeals issues a decision, which could take a year.

This long battle started in 2007, when Mary’s family first challenged Bryan Thompson’s appointment as guardian of the estate. The family didn’t like how Bryan was appointed. Leslie Pope, Mary Thompson’s niece, filed a petition to have her aunt declared mentally incompetent and to have a guardian appointed to oversee the estate. At a hearing, Mary was found to be mentally incompetent and another order appointed Bryan Thompson as guardian of the estate.

Alston argued that those orders were invalid because they weren’t time stamped with the clerk’s office. If the orders are invalid, then Bryan was never officially the guardian of Mary’s estate, Alston argued. If he wasn’t the guardian of the estate, then anything he did on behalf of the estate was illegal, the lawsuit says. In fact, in 2014, the state Court of Appeals ruled that the appointment of Bryan was “without legal authority”, precisely because Hinshaw’s order on mental incompetency was never entered into the clerk’s office.

The Clerk of Court has said this was a mistake and it had been standard practice for years for clerks not to stamp orders that had been prepared and executed by representatives in the clerk’s office. The issue, she said, has since been fixed.  However, Alston contends this wasn’t a mere error. He claims that Bryan Thompson, several Forsyth County clerks, Speaks and Flynt conspired together in a criminal enterprise to illegally take over the estates of Mary Thompson and other people and steal their assets.

Alston said that Bryan stole monthly retirement checks, social-security checks, commissions, and all her real and personal property. He estimated the value of her estate at $1.4 to $1.6 million.  However, according to a motion that Thompson’s attorneys filed, Mary had 48 properties. At one point, they were valued at about $1 million, but a 2012 bankruptcy report indicated a net value of $66,120, the motion said.

Bryan sold seven of them, and then, after he filed for bankruptcy on behalf of the estate in 2011, the bankruptcy trustee sold 12 other properties. Another 29 properties were legally abandoned, Thompson’s attorneys said in court documents.

The parties are in a holding pattern, until the courts make their determination.

Avoiding Escheatment by the State of Florida (Seizure of Your Accounts)

The process by which a state government claims ownership of a deceased person's accounts who has no heirs or beneficiaries is called escheatment. It is something that everyone needs to know how to avoid to make sure their accounts are not inadvertently seized while they are still alive.

If a person passes away and no beneficiaries or heirs can be found, then the state government will claim the property for itself. Today many state governments continuously experience revenue shortfalls and this has led some of them to be overly eager and aggressive about claiming property through escheatment.

What often happens is that an account holder has not stayed in contact with a brokerage or financial institute for a long time. The financial institute then reports the assets in an account as unclaimed property. Rather than making any effort to locate the person who owns the account, the government claims the property as its own. This can create issues for people who have long term investments as part of their retirement and estate plans.

Recently, Investopedia listed how you can avoid this happening to your stock accounts in "4 Ways to Avoid Escheatment of a Stock Account."

If you follow the above steps, then your estate will not find itself in the position of the government having already claimed your assets through escheatment before the assets could be distributed to your heirs.

An experience estate planning attorney help you avoid escheatment by having appropriate default heirs listed in your estate plan.