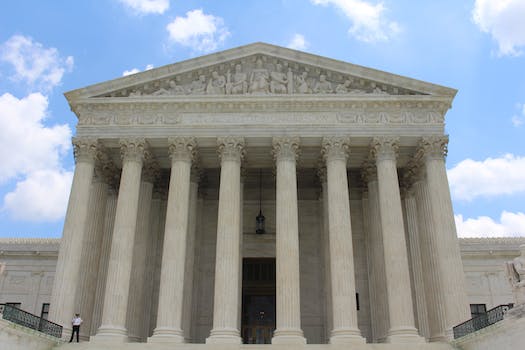 “On May 25, the Nevada Supreme Court reaffirmed that Nevada has the most protective trust laws in the nation, by rejecting Lynita Sue Nelson’s claim for alimony and child support to be taken out of a self-settled spendthrift trust established by her husband, Eric L. Nelson.”

Wealth Advisor’s article, “How Nevada Became America's Safest State for Wealth Protection,” explains how the court ruled that Nelson still had to pay $800,000 in alimony, back child support and tuition for his daughter’s private school education.  However, this was to come from his personal assets, rather than the trust he created.

The Nelsons had divided their assets in 1993, with the aim of shielding the wife from riskier assets in their portfolio,  such as casinos and liquor licenses. When the state legislature enacted laws enabling them, they placed their separate assets into two self-settled spendthrift trusts.

A self-settled spendthrift trust is a form of irrevocable trust which names the grantor as a beneficiary. These trusts are structured so that neither the grantor nor his creditors, have the power to access trust assets. The trust also delegates authority for distributions to an independent trustee.

In the event that a creditor or spouse brings suit against the grantor for assets in the trust, the trustee can’t make any distributions. The trust assets are protected, unless the law allows exceptions (some state statutes do, for alimony and child support). The Nevada case asked if these exceptions would be allowed.

Eric and Lynita Sue Nelson were both residents of Nevada. Their assets included both liquid assets and real estate, all of which was located in Nevada. Questions are raised about individuals who live outside Nevada or hold assets out of state.

The question would be whether the court would enforce it, raising issues of choice of law and one state recognizing another state’s judgments.

The case reaffirms Nevada’s standing as the most protective state for trust law.

A Friend Indeed May Not Always be the Trustee You Need in Coral Gables or Miami, Florida

"With so many estate plans being built around trusts, selecting the right trustee is a key decision."

Implementing a trust can be an indispensable estate planning tool. There are a number of reasons to incorporate trusts as part of your estate plan, says a recent article in Wilmington Business, "Selecting the Right Trustee." These include privacy, avoidance of probate, full management of personal finances, monitoring of investments and tax planning, and some tax-saving techniques for trusts.

Selecting the right trustee to execute your plans is just about the most critical decisions you can make—maybe even as important as the terms of the trust itself. Think about these qualifications when selecting your trustee:

People automatically turn to a close friend or relative as their choice of trustee. However, you need to ask yourself, "Will he or she meet all the qualifications I require my trustee to perform?" In many instances, that go-to person may not be in the best position to carry out the duties necessary to be an effective trustee. In that case, talk with your estate planning attorney for suggestions on the right trustee.

With interest rates at historic lows—for the time being—wealthy families are turbocharging their estate-planning strategies by pairing intrafamily loans with trusts. In late 2009, a businessman sold his $30 million family limited partnership to a trust he created, all on the advice of Mosaic Advisors in Houston. Because tax rules permit illiquid shares in a family partnership to be transferred to a trust at a discount that’s often around a third, it was a tax-efficient way of transferring ownership in the business to his kids. No gift tax is owed because the transaction is considered a sale. The businessman got a note from the trust in return for the sale, and the note’s interest payments of a few million dollars gave him cash for living expenses.

A recent Barron’s article, titled  “How Family Loans and Trusts Can Create Big Wins,” says it gets better. The note has a fixed value, regardless of how much the underlying asset grows, which froze the businessman’s net worth for the IRS, and the asset doesn’t have to appreciate much to make this low-cost loan make sense. His business is now worth $250 million, and has been growing tax-free inside the trust for his children’s benefit. This move saves $40 million to $60 million in estate taxes today, and over $100 million if he lives to his actuarial age.

With low interest rates, families with taxable estates can benefit from structured trusts and intrafamily loans. Not that these intrafamily loans have their own rates and rules – the rates on intrafamily loans allow parents to lend their children cash at rates far lower than a comparable commercial loan. Plus, they can be part of a broader wealth-transfer strategy.

For instance, an aging millionaire can fund a trust for his children’s benefit with a $100,000 gift. He then loans it $900,000 at the allowable 1.82% interest rate for five years, which the trust invests. The trust makes regular payments on the loan and then repays the principal in full at the term’s end. Any investment gains over that extremely low interest rate are tax-free in the trust for the next generation – it’s all legal and great planning.

There are added benefits for using this trust – the oddly named intentionally defective grantor trust. It’s considered an irrevocable complex trust for estate-tax purposes (the assets transferred to it are out of the individual’s estate) and a grantor trust for income-tax purposes. By paying the income taxes on the trust’s income, more is left for the next generation.

Be sure that the loans are just that: they are loans. If they’re determined to be gifts by the IRS, you could owe gift tax at 40% (but the annual gift-tax exclusion is $14,000, and the lifetime gift-tax exemption is $5.43 million). Make sure it’s a loan with the proper documents, terms and interest rate. Payments must be made on time. When you’re planning your wealth transfer, consider a loan and a trust, but do it right with the help of a qualified estate planning attorney.